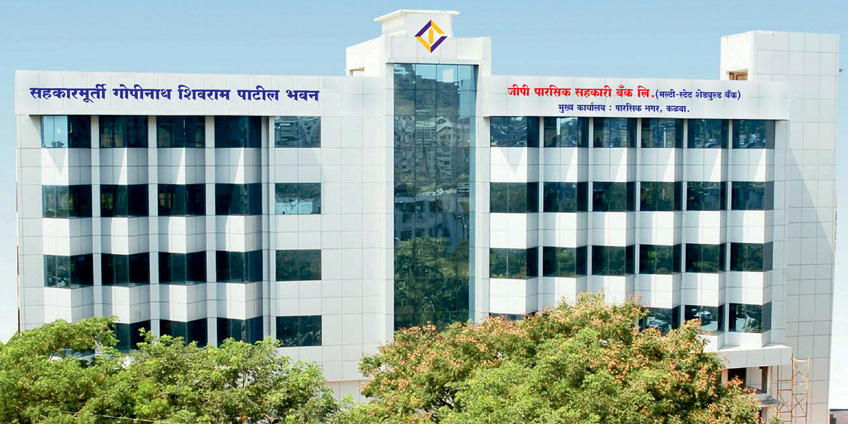 In the year 1972 the Government of Maharashtra acquired all agricultural land of 68 villages of Thane-Belapur belt in Thane district of Maharashtra, for the purpose of setting up a new city i.e. “New Bombay”. To equip the project affected persons and their family members with strength and ability, to survive with new urban means of livelihood, it was necessary to provide them financial assistance. With a view to provide financial assistance, generate employment and means of livelihood, Late Shri.Gopinathdada Shivram Patil (M.com, LLB), a great visionary Leader alongwith a group of youngsters of Kalwa village took the initiative of formation of Urban Co-operative Bank. The bank was named as “Parsik” because active jurisdiction of bank was the west side area of Parsik Hill, which has range from Kalwa to Belapur (the famous Parsik Railway Tunnel is situated in the same range). “Parsik” also means Parshwanath (Lord Shiva), whose temple exists on the hill.

The bank depicts transparency, trust, customer service, excellence and team work as its Core Values. With the consistent and concerted efforts of all the devoted Directors, employees and well wishers, the bank achieved “Scheduled Status” on 30th January, 1998. Consequent upon achieving Scheduled Status the area of operation of the Bank was extended to the entire State of Maharashtra. The bank had succeeded in opening 14 Branches and 2 Extension Counters with business-mix of Rs.180.83 Crores which includes deposits of Rs.119.18 Crore and Advances of Rs.61.65 Crore. The bank showed commendable CASA of 46% and also “Zero” percent of Net NPA. This percentage was outcome of persistent and dedicated efforts taken by selfless directors and employees.

Since then, the bank started showing remarkable presence in the Co-operative Banking Sector. The bank was growing by opening its branches in the districts of Thane, Navi Mumbai, Raigad, Nashik, Pune and Kolhapur. In 2010, the bank acquired Ichalkaraji Mahila Sahakari Bank Ltd., Ichalkaranji having 6 branches and saved thousands of deposit holders of their hard earned money.

The bank became “Multi State Bank” in March, 2015. The bank expanded its operation in the State of Goa by opening the branches in Mapusa and Madgaon and In the state of Karnataka by opening Branches in Nippani and Belgavi . Also In 2017, the bank achieved a milestone Mix business of Rs. 5000 crore, and in 2020 our Mix business is over Rs. 6000 crores consisting of over Rs. 4000 crore deposits and over Rs. 2000 crore Advances through 91 fully computerized branches keeping consistent highest percentage of CASA and Net NPA of Zero Percent.

The bank has wish to establish and giving fully digitalized services. The Bank is “financially sound and well managed Bank” within RBI definition. It is profit making since inception and has ‘A’ Audit classification.

The bank has bagged various precious awards from banking as well as IT Sector for its outstanding achievements in the fields of governance, recovery, leadership and technological security.

Not sure which solution fits your banking needs?

If you have any Queries or Need please Fill The Form ...